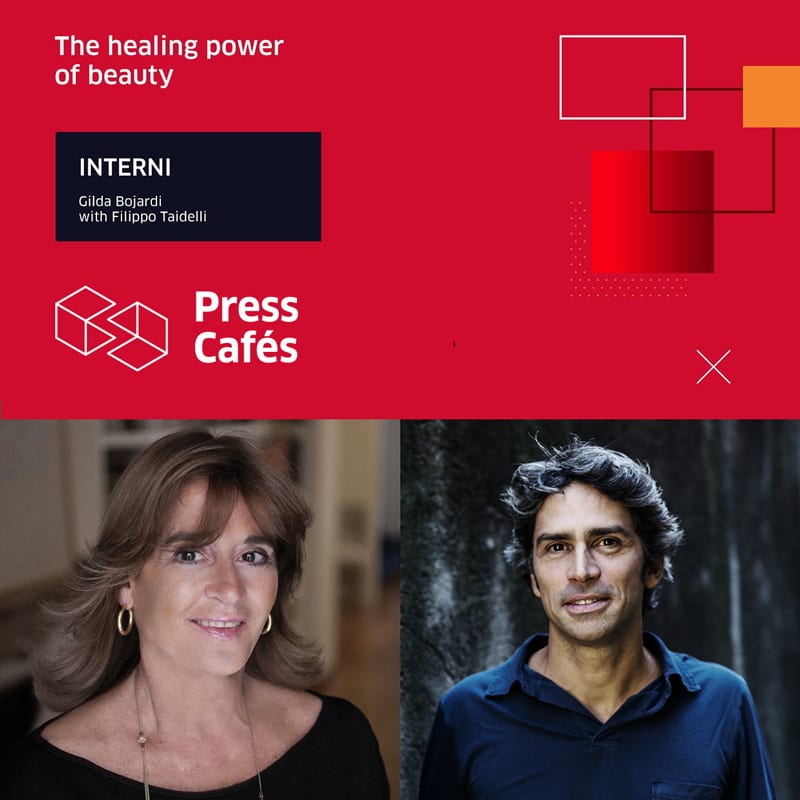 In an hour-long conversation, Taidelli and Bojardi touched on a number of different aspects, starting with the importance of aesthetic and design quality in spaces devoted to medical treatment. They began by discussing a project that the Milanese architect was involved in during the FuoriSalone in April 2018, when he created an installation called Cells as part of an exhibition curated by Interni at the University of Milan. This thought-provoking project explored the therapeutic qualities of synaesthetic elements such as light and sound inside two simulated cells made of glass and self-sanitising ceramic floor tiles.

While the experiment began as a research project, it led Taidelli towards more concrete initiatives and a major collaboration with Humanitas culminating in the recent pilot project Emergency Hospital 19. Through a series of images comparing major virus outbreaks of the last century (Spanish and Asian flu) with the current Covid-19 pandemic and projects that have either been completed or are in the pipeline, Taidelli presented his vision of the ideal location for treating sick people. In particular, he discussed a series of aspects requiring attention. “The aim must be to eliminate or reduce the need for hospitalisation by providing preventive care and outpatient treatment. By prioritising a small number of new and efficient structures designed for customised, contemporary needs, it should also be possible to guarantee savings for the healthcare system compared to the costly renovation of dilapidated buildings. Another useful aspect would be to replace departments divided up by speciality with areas that have been created taking into account the complexity and duration of treatment, with medical practices located nearby to promote dialogue between doctors and to respond promptly to patients’ specific needs.

Creating fast-track routes can also be an effective way of avoiding inefficiencies, with distances no greater than 100 metres between wards and operating theatres. In particular, horizontal layouts are preferable to excessive vertical heights, which create obstacles when moving stretchers. I also believe the ‘hospital mall’ project has a crucial role to play. Increasingly outward-looking and permeable to new functions and modes of use, it enables patients to keep in closer touch with family members and outside life. As a result, the hospital is transformed into a miniature village offering a wide range of services, from laundries to gyms, restaurants and shops.

Providing single rooms capable of accommodating relatives is essential to ensure the well-being of patients and reduce the risk of infection.

Greenery and natural light can also play an important therapeutic role, while other disciplines can help people during their hospital stay, such as art therapy.” When asked by the editor of Interni about what the hospital of the future will look like, Taidelli answered as follows: “If I were to imagine it, I would think of a building with a maximum of three floors built from materials that are beautiful as well as extremely hygienic, as is the case of today’s ceramic products. It would be surrounded by greenery and would have plenty of windows, a large hotel reception, coloured walls and site-specific art installations, as well as individual rooms with ensuite bathrooms and sleeping and living areas capable of accommodating family members without any time limitations. Hospitals must restore a dialogue with the city, rejecting alienation in favour of a return to the concept of a civic centre.” This is an argument that applies to all buildings disconnected from city life for reasons that are often more speculative in nature than based on common sense.